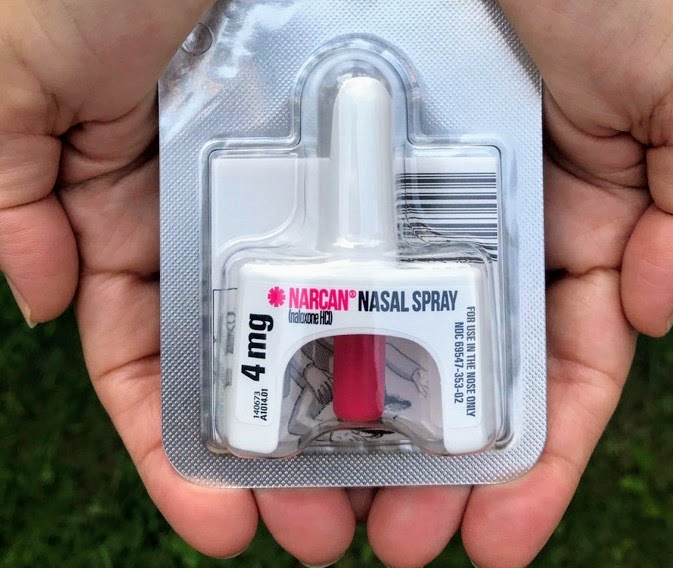 “We have to do better. We just have to.” – Joanne Kelley Cogdell, CEO

Two weeks ago I heard these stories at the South Bend Small Business Launch community event – a mother whose son overdosed, a grandmother with many children and grandchildren living in her home that she fears may struggle with substance use disorder, a city worker who has observed three opioid overdoses in the parking lot of her building in the last five months. The shocking part is that all of these people are likely to save lives if they have and are willing to administer Narcan; however, none of them had even heard of Narcan. I could be overwhelmed by these stories and the feeling that the problem is too enormous and difficult for me to solve – but I’m not. I’m not because I know we have the team and the tools to change the narrative around opioid overdose, to educate the community, and to mobilize people to be the change we all want to see. We don’t have to wait, we just need you to join us.

We have tested Naxos OD across 78 phones to date. 38 of these phones were Apple iPhones ranging from iPhone 6 released in 2014, up to the newest iPhone 12. 18 different iPhones were tested. All used a version of iOS 14, “…now installed on 90 percent of iPhones that were introduced in the last four years (Clover, 2021). The remaining 40 phones were Android spanning versions Nougat (2016) to the latest version.  This covered a wide array of phones including those provided by Assurance Wireless, a telephone service subsidized by the federal Lifeline Assistance Program.  Android operating systems tested represent 89% of all android systems currently in use (Top Android OS versions, 2021)During the second beta test, all GPS and bug issues were resolved and a new chat feature worked as planned. Problems orienting yourself to the map when walking to the requestor were identified.  We are implementing a feature to help orient and lead you in the correct direction of the requestor.  We are planning another beta test in three weeks to test this feature.

We continue to work with enFocus to gather feedback from community agencies. enFocus was instrumental in setting up a meeting with Indiana Next Level Recovery Executive Director, Douglas Huntsinger, who saw a need for Naxos OD and encouraged us to move forward with our pilot and report back our findings.

The St. Joseph County Health Department is supporting Naxos OD by providing responder training and education around Narcan administration and Aaron’s Law.  According to Robin Meleski-Vida, Director of Health, Outreach, Promotion and Education, “I’ve always seen value in trying new ways to get Narcan to those who need it. An app like Naxos OD can potentially assist in this effort.”

Naxos Neighbors will be presenting at the The Partnership for a Drug-Free St. Joseph County meeting on August 10th and at the Health Improvement Alliance meeting on September 16th. Our next advisory board meeting will be August 26th.